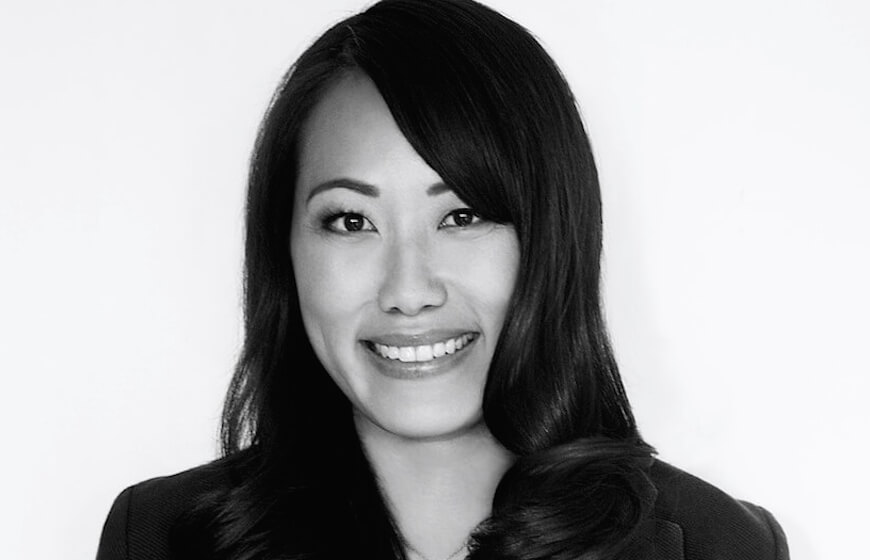 Award-winning entrepreneur Jane Chen is the CEO and co-founder of the for-profit social enterprise, Embrace Innovations.

With around 20 million premature and low-birth-weight babies born every year, Embrace Innovations has set its sights on bringing affordable healthcare technology into the third world and reducing infant mortality rates.

Jane’s startup’s debut product has been the Embrace Infant Warmer which is a low cost incubator designed for areas in the world where electricity is limited or unavailable.

The incubator is currently being used at hospitals in India, Africa and Latin America and has saved 200,000 babies by helping them survive their first few days of life.

Little Lotus is the company’s second project and is a line of baby items launched in the United States to produce further revenue streams.

Carrying pretty baby swaddles, sleeping bags and soft blankets and Little Lotus products help to maintain and regulate a baby’s body temperature. These items all use a special material and technology originally designed for NASA spacesuits.

For every Little Lotus product purchased, $10 goes towards swaddling an infant in the developing world with an Embrace infant warmer incubator and could save a life. 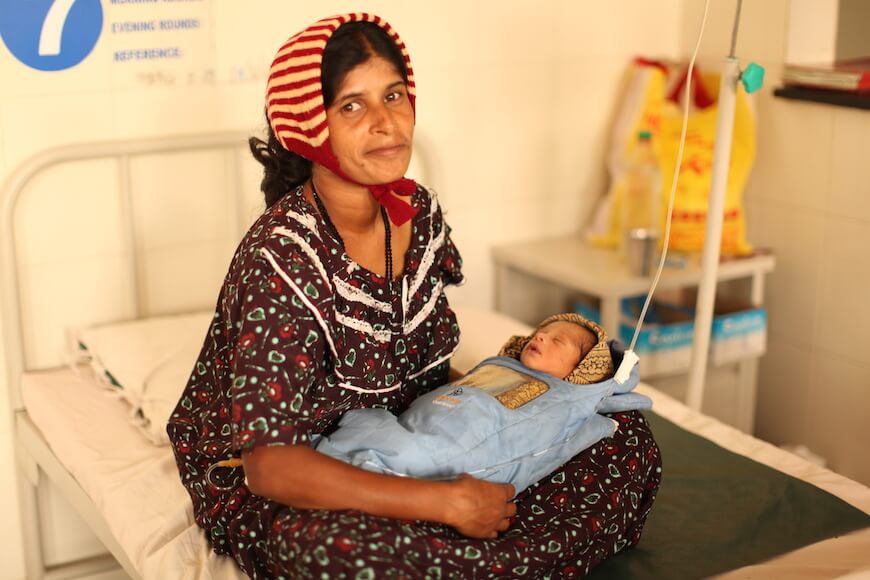 The Embrace Warmer solves a very specific problem – getting incubators to the world’s most vulnerable underweight and preterm infants.

Jane, what does the word, ‘Achieve’ mean to you?

Every time I meet a baby who has overcome nearly insurmountable odds, or the parent or caretaker who helped them fight for a shot at life, I think about the word ‘Achieve’ – or at least something like it.

In my professional life, I’m fortunate to encounter achievers (and over achievers!) all the time, but after four years of living in India – which is home to 40% of the world’s underweight and premature babies – to start our company, I gained a different understanding of achievement, and how profound it is for some simply to be alive.

How did Embrace Innovations come to life?

Eight years ago, I took a class at Stanford that changed the course of my entire life. My classmates and I were tasked with creating a baby incubator that costs 1% of a traditional incubator, since this equipment is often unaffordable and unattainable in the developing world. As I came to learn that each year, more than one million babies die on their birthing day, with 98% of these deaths occurring in developing countries. And, the leading cause of these deaths are preventable complications related to prematurity and low birth weight.

As far as the technology and fabric we use for the Embrace Warmer, the incubator that would inspire the whole company (Embrace Innovations), my team and I knew we needed something portable and easy to use in rural clinics. We developed a sleeping bag design that incorporates a pouch of a phase-change material: a substance similar to wax, which changes to a liquid state when warmed. When melted, this can maintain a constant temperature of 98 degrees Fahrenheit, or 37 degrees Celsius, for hours at a stretch and can be reheated thousands of times.

When we began our research in Nepal and India, we saw that some hospitals – even in small towns – actually did have traditional equipment like incubators, often donated by well-meaning foreigners. However, given the lack of constant electricity to power them, not to mention the lack of training for the healthcare workers to operate them, they’d often be lying idle. Furthermore, the vast majority of premature babies were dying miles away from these hospitals, in villages.

Once we finalized our design, we developed partners in hospitals, clinics, and orphanages regions where we saw a need, in over 20 countries.

What problem do your products solve?

The Embrace Warmer solves a very specific problem – getting incubators to the world’s most vulnerable underweight and preterm infants.

Little Lotus Baby is a commercial line of baby items that we recently launched for U.S. consumers. Our swaddles, sleeping bags, and baby blankets use technology inspired by the Embrace Warmer, and solve the problem of helping a baby maintain his or her ideal skin temperature. As a result, our customers tell us that their babies’ sleep has improved dramatically.

But the best part is our sales model, which is a TOMS Shoes-like 1:1 model. With each purchase of a Little Lotus item, a baby is helped by the Embrace Infant Warmer. Our goal is to help save the lives of one million preterm infants, and we’re rallying moms and dads here in the U.S. to help us accomplish that.

How have your products been received so far?

So far, the Embrace Warmer has helped over 200,000 preterm infants in 20 countries around the world.

My favorite success story comes from China, where a child named Nathan was born just under two pounds. He was abandoned on the side of the road in Beijing after his birth, and he’s come to be one of my biggest sources of inspiration. After he was discovered by a nearby orphanage (Little Flower Orphanage) with whom we had just launched a program, Nathan was swaddled in an Embrace Warmer for thirty days. Thanks to the Warmer and Little Flower’s loving care, this tiny, hypothermic infant survived! At that birth weight, he really shouldn’t have survived at all, so his plight and survival was incredibly moving to me. When I went to visit him at the orphanage at seven months old, I found a healthy, happy baby boy. He now lives with a loving family in Chicago, who send me pictures of Nathan and his warmer – which he is way too big for now. 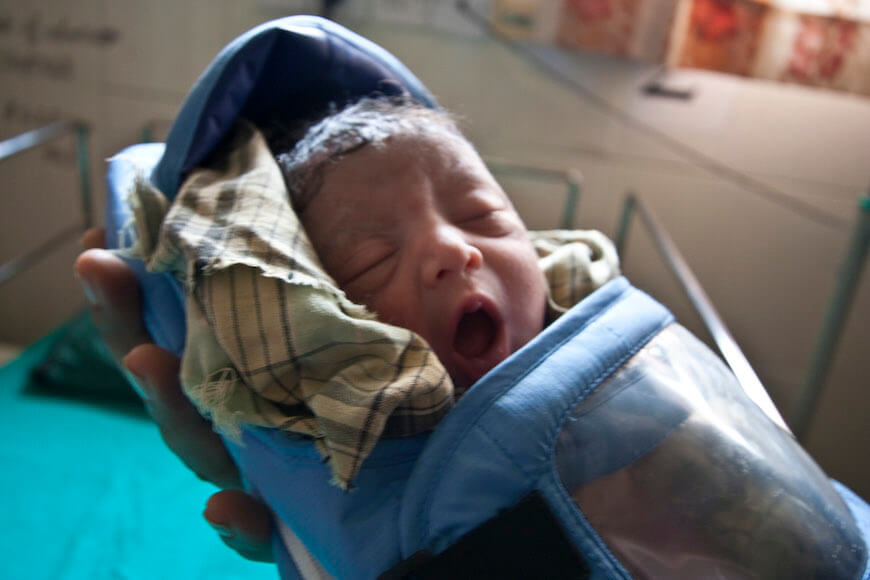 I realized we are among the luckiest people in this world, and that had I been born into a different life, I could have suffered a horrible fate as a result

Our Little Lotus Baby products have been a hit since we launched, and it’s an incredible joy to read letters and get pictures from the parents who use our line for their babies, and tell us that their babies are finally sleeping through the night thanks to our technology!

What challenges have you faced launching your business?

I’ve faced plenty of challenges in running a startup. Several years ago, Embrace Innovations was on the brink of shutting down when a major round of funding unexpectedly fell through. But I’ve also been incredibly fortunate to meet allies in global infant health, and Marc Benioff – CEO and Founder of Salesforce – was one of them. He and I sat next to each other during a meditation class at the World Economic Forum, and at the time, he was just about to help launch a global program on premature births with the Gates Foundation.

When this crisis hit, with only a few days of cash left in the bank to run our company, I contacted Marc and asked for his help – he generously agreed to fund the company and give us the runway we needed to find a new strategy. I can only believe the universe conspired for us to meet each other, and I will forever be in Marc’s debt for his help. The situation forced us to come up with a new strategy, which is why we launched Little Lotus – a commercial arm to help fund the expansion of the Embrace Warmers in developing countries. 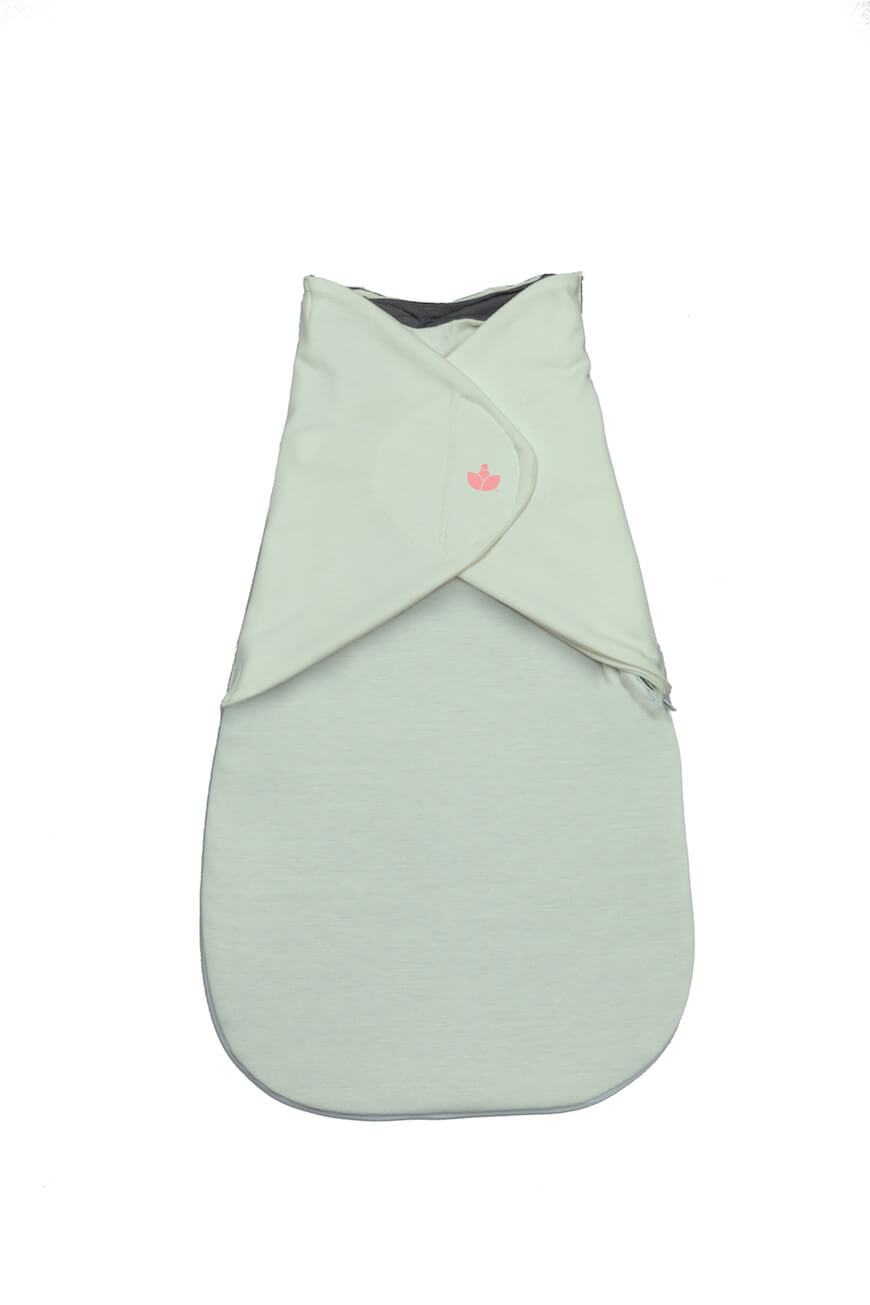 Why did you enter into the social innovation space?

I experienced a major “a-ha” moment thirteen years ago in 2002, not long after I graduated from college, when I read an article in The New York Times about the AIDS epidemic in China. In the 90s, millions of farmers contracted HIV through selling their blood – these Farmers were paid $5 per bag, and after everyone’s blood was collected it was pooled together. The plasma was separated, and the remaining red blood cells were re-injected into people’s bodies with the belief was that people could regenerate blood more quickly. But HIV wasn’t taken into account, and the results were disastrous. In many of the villages, 60-80 percent of the adult population became HIV positive.

That article changed my life, and you could definitely say it inspired me. I realized we are among the luckiest people in this world, and that had I been born into a different life, I could have suffered a horrible fate as a result. I left my consulting job, and starting working immediately with a startup NGO by sponsoring the education of Chinese orphans who were left behind by the epidemic. It showed me that with a small, dedicated, and passionate team, we were able to create impact in a really big way.

The Embrace co-founders met in a multi disciplinary class at Stanford Design School. They were all pursuing engineering degrees and I was doing my MBA.

What’s next for ‘Embrace Innovations’?

Little Lotus Baby is our focus! We are also collaborating with Clinique and selling products in their online retail platform.