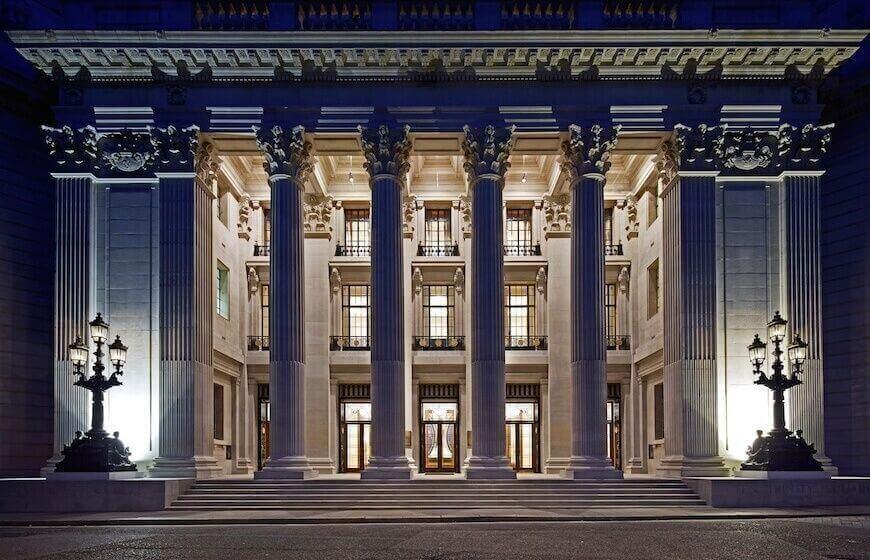 Conveniently located at the edge of the city and adjacent to the iconic Tower of London and Ten Trinity Square is housed in the former Port of London Authority headquarters.

This building is stooped in history and was originally built in 1909 when the docks in London were run out of it. 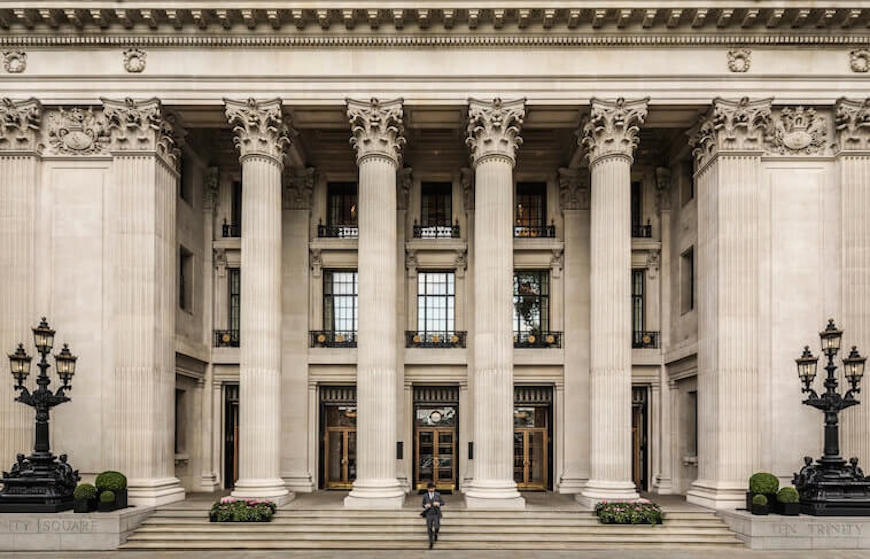 Today, after a six year -and multi-million pound – renovation and this elegantly renovated limestone building offers something chic, modern and glamorous to the corporate traveler who’s staying in London. 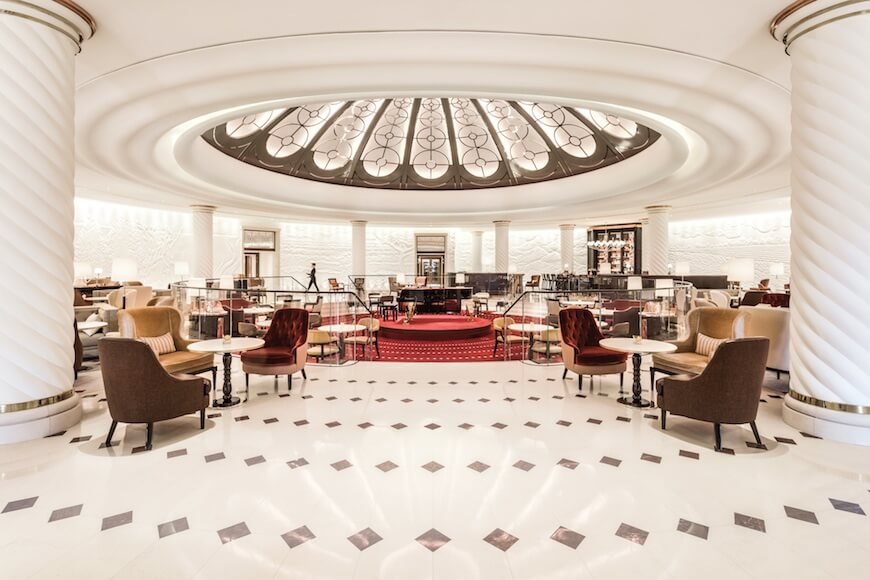 On entering this hotel, what’s known as the ‘Rotunda’ lounge and bar area hark back to the art deco style of the 1920’s.

A glamorous domed ceiling and white walls engraved with motifs of fire, air, earth and water ooze luxury at first glance with whispers of Feng Shui.

The bar here at the Rotunda serves bar snacks, cocktails – inspired by the hotels nautical past – and vintage spirits.

Dining at the Rotunda is directly beneath this hotel’s beautiful ceiling creation where guests can enjoy breakfast, all day dining and a signature afternoon tea (The Heritage Afternoon Tea is also inspired by the building’s deep roots in history). 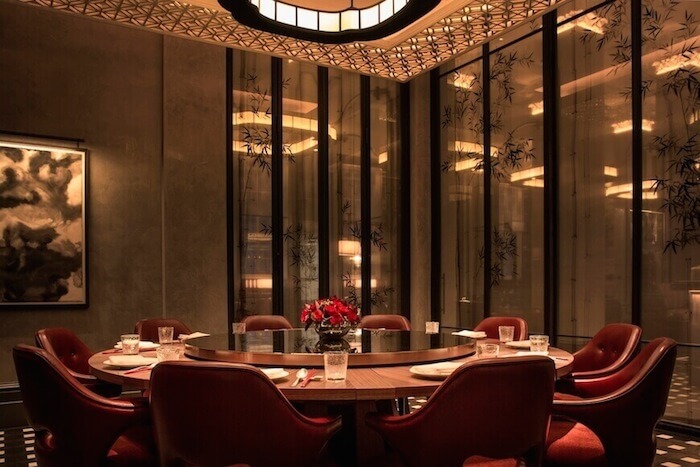 Otherwise, inside are also Mei Ume which offers Japanese/Chinese cuisine including sushi, sashimi and dim sum, and then the Michelin-starred Le Dame De Pic London by the acclaimed chef, Anne-Sophie Pic.

The latter is a friendly and stylish French brasserie and of course there’s 24 hour on-room dining for those who work around the clock. 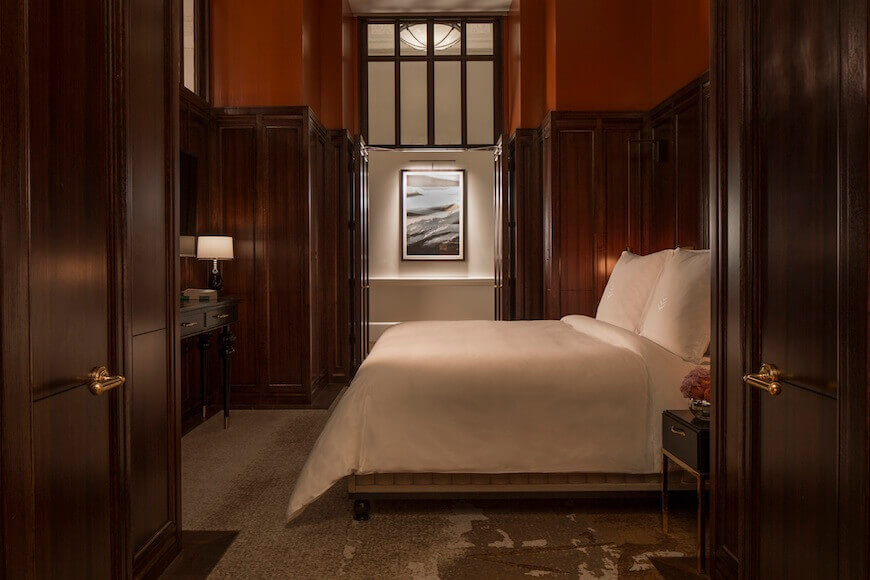 Upstairs at Four Seasons and 100 rooms and suites are styled in a palette of gold, soothing blues and greys with dark or honey oak wood paneling.

The Superior rooms have city views and are functional but luxurious.

Located on the first, second and third floors of the hotel and these rooms are likely the best choice for the business traveler. 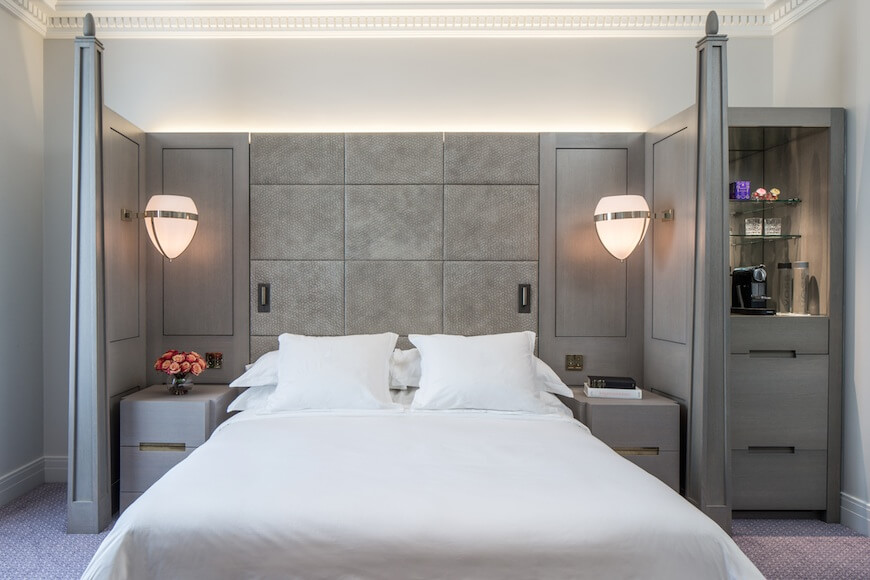 Bathrooms throughout this Four Seasons hotel are marble and can be either as walk-in showers or have a bath included, whilst all include luxury toiletries by Bottega Veneta. 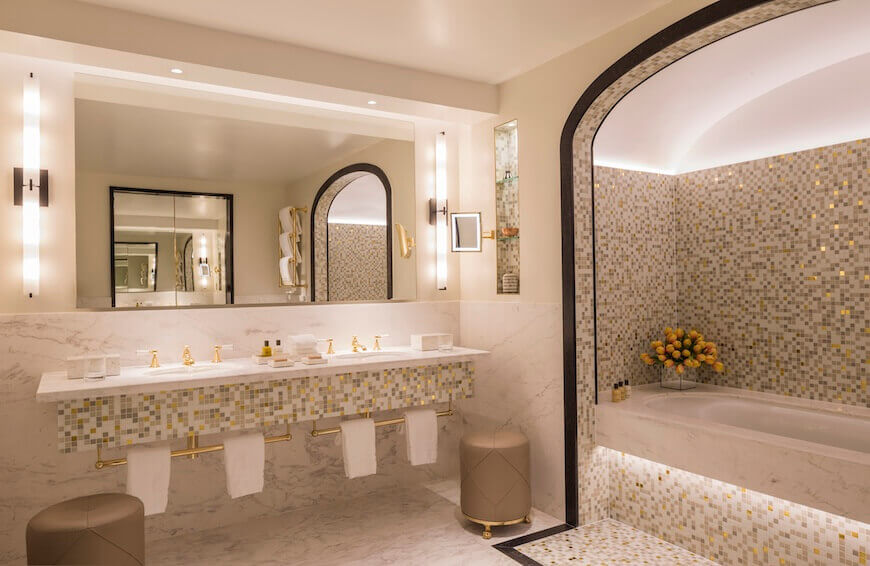 Amenities for the business traveler at Ten Trinity Square include a state-of-the-art spa and fitness center where a swimming pool, vitality pool and thermal facilities are available to relax and unwind after a busy day.

Treatments at the spa range from express treatments for the time-strapped corporate traveler, relaxing massages, facials and then signature treatments which are exclusive to the Four Seasons guest.

This hotel also conveniently houses a nail and hair salon.

These come in handy should business travelers need to catch up with their beauty regimens when they’re strapped for time on the road.

Business travelers can also make use of the 24 hour concierge service. 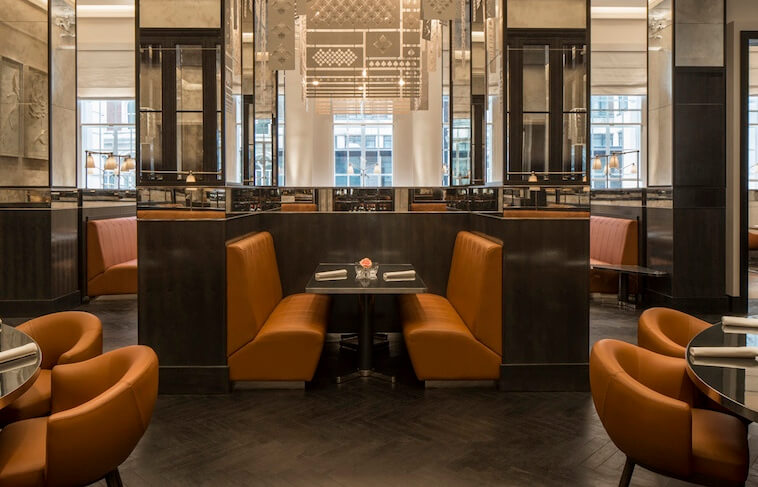 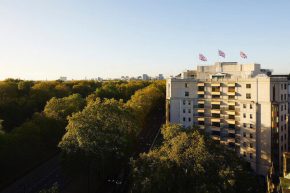 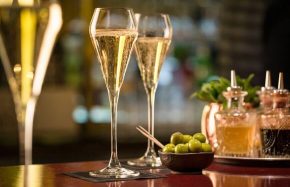 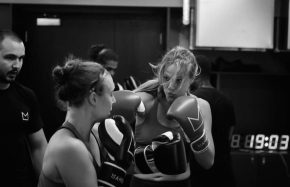 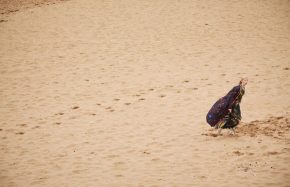 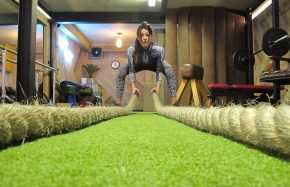 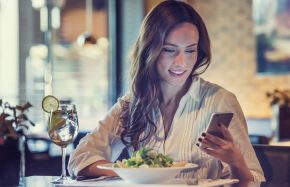 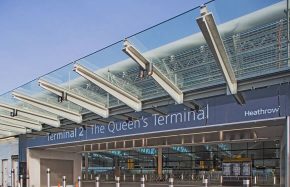 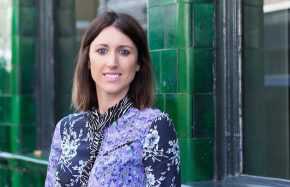 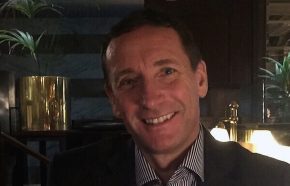